Celebra, the cultural program of the XXXI Olympaid 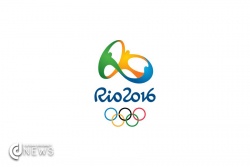 Rio the Janeiro, the “Cidade Maravilhosa” was and is still known about its beautiful landmarks and attractions like Copacabana Beach, Sugarloaf Mountain and Christ the Redeemer. Since 2009, the world has been concentrating on the preparation of the 2016 Summer Olympic and Paralympic Games held in the capital of the Brazilian Republic, the first South American country organizing the biggest multi-sport event. The Games will start in the 5th and will finish in the 21th of August with a record number of countries. The athletes will encounter in 28 Olympic sports and this will be the first time Kosovo and South Sudan will participate. The region Barra the Tijuana will host most of the events and the Olympic Village too. The Rio 2016 logo represents three figures holding arms in a triple embrace, using the colors of the Brazilian flag, yellow, green and blue.

Since the bidding process in 2007 there have been concerns about the city’s crime problems. There are serious challenges the city is facing when it comes to security, violence and pacification of the favelas. The other big problem is the water pollution and the outbreak of the Zika virus caused by mosquito bite, which are not the only potential health concerns travelers need to face visiting Brazil. This epidemic is even more challenging, because in most of the cases it does not have any symptoms, so it is difficult to detect. Moreover, since 2015, the country fell into economic recession and political instability, which is related to the problems with the constructions and the infrastructure projects. Intense protests broke out because of the unprecedented corruption at the state controlled oil company Petrobras and escalated into a full political crisis including both the current, and the former president.

Parallel with the Olympic Games, Celebra, the Cultural Olympaid will be held. This project promotes the diversity of the Brazilian culture with artistic interventions and inspiring events all around the Game venues. In the program everyone can find their interest in the selection of performances from literature to dance. In the events related to literature the organizer’s goal is to give voice to new, young talents, but there will be dance shows as well as popular and visual art exhibitions too. People who are interested in dace will not be bored either, they can choose from classical ballet to ginga swing or passinho. All in all, the aim is the same that was during the design process of the official Olympic mascot, to reflect the several times mentioned cultural diversity of Brazil. It is called Vinicius, named after the musician Vinicius de Moraes and represents the Brazilian wildlife, the agility of cats, the sway of monkeys and the grace of birds.