Who Is Going to Win the League of Champions on the 28th of May 2016 in Milan? 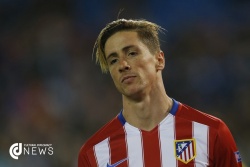 In the Swiss headquarters of the European Football Association (UEFA) have met representatives of the four best European football clubs. Real Madrid was lucky this time, as it goes with Manchester City to semifinals.

Will Real meet the city rival of Atletico Madrid, with whom it recently lost in the Spanish league home 0: 1 and in fall the match finished 1: 1? Last season Real lost both matches 1: 2 and 0: 4.

Real will not as well meet in the semifinals Bayern Munich, which is after the elimination of Barcelona considered as the biggest favorite. Moreover, with coach Pepe Guardiola, whose experience in Barcelona provided him with significant strategies against Real.

Real on its way to the semifinals eliminated AS Roma and Wolfsburg, which are on European scale important teams. Manchester City is among the world's richest clubs, it can buy any player, but in semifinals it is for the first time in history.

Atletico knocked out in quarterfinals Barcelona and confirmed that it is unpleasant rival. Therefore the Spanish final could occur only in the finals, which would be a memory of 2014, where Real won.

Atletico is playing against Bayern only the second time in history. Clubs competed only in the final of the competition in 1974, after a draw 1: 1, a re-match won the German team 4: 0.

For Bayern it would be a spicy duel with the English squad, as coach Guardiola leaves after the season Bayern to Manchester City.

Similarly, footballers of the Manchester City and Real Madrid, who met into each other only in the group of the year 2012-2013. At that time Real won home 3: 2 and in England there was a draw 1: 1st. For coach Manuel Pellegrini it is going to be a duel with a former club because he coached in Madrid during season 2009 -2010 season.