Bulgaria Has Announced two Major Chinese Investments in Burgas and Plovdiv, Hoping that the Country May Become a Distribution Hub for Chinese Goods in Europe 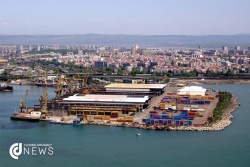 Two Chinese companies , Alibaba and Porter City Holding are considering investing in major logistical projects in Bulgaria. Alibaba is planning to build a logistical base nearby the coastal city of Burgas while the investors from the Chinese city of Shenzhen are willing to create a new "economic city" near Plovdiv in Bulgaria over the next three years.

Bulgarian Investment Agency, BIA, said Alibaba is to invest more than 100 million euros in the base. The project, described by the investors as a venture linked to China's New Silk Road project, is aimed at building a bridge between Chinese and European businesses. One of the results expected by the Chinese investors is that Plovdiv should turn into a distribution hub for Chinese goods to Europe and the Middle East.

The choice of Burgas, located on the Black Sea coastline, is not a surprise considering it has the second biggest harbour in Bulgaria. It will be the first European destination of the cargo line, which starts from the Chinese province of Henan and runs via Kazakhstan, Azerbaijan and Georgia.

Porter City Holding, which has over 120 completed investment projects in China, is planning to develop logistical and exposition spaces. Chen Zongzhan, chairman of the holding, said that he hopes the project will be completed in three years with the full support of the Plovdiv Municipality and the Bulgarian authorities.

China has invested around 133 million euros in Bulgaria during the last five years, according to the Bulgarian National Bank, a sum significantly lower than China’s investments in other Balkan countries. China's interest in Bulgaria is growing due to its strategic location on the Silk Road, as well as its membership in the EU, its low taxes and its competitive wages, a BIA spokesperson said.

The investment agency is also negotiating projects of Chinese businesses in the fields of agriculture, outsourcing, spa tourism, infrastructure and electronics.