Culture of Gift Giving in China

Gifts that should be avoided 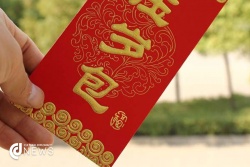 Giving gifts to business partners is an important act to cultivate good business relationships. Before giving gifts, however, we need to know culture of gift-giving, characterized by the country in which we operate and Chinese culture is a gift culture. A tasteful gift will help you to start a business, go a long way in developing and maintaining the relationship or it will destroy it.

In China, there are some gifts that should be avoided at all costs due to cultural symbolism or the fact that that word shares a similar pronunciation to something undesirable:

KNIFE/SHARPS: offering implements used to cut things means you intend to sever the relationship. The Chinese say “one slash and it’s in two parts” to mean “make a clean cut in the relationship”.

CHRYSANTHEMUM: they are used only at funerals or when visiting graves. Never give them as gifts.

GREEN HATS: wearing a green hat implies that the wearer’s wife is unfaithful.

ANYTHING IN WHITE OR BLACK: symbolic gifts, wrapping paper and envelopes in these colors should be avoided considering white and black are often used during funerals.

CLOCK: traditional superstitions regard clocks as counting the seconds to the recipient's death, because the phrase "to give clock" or "song zhong" is a homophone of a phrase for attending a funeral.

PEARS: Gifting fruit is a wonderful gesture, especially at festival times, but giving pears means you hope their family will become separated.

UMBRELLA: Chinese word for umbrella sounds like the word for loose or fall apart. Offering a promotional umbrella to a colleague or partner will make them feel that your relationship has ended.

THE NUMBER "4": if you are planning giving gift in set, avoid number 4, since it's pronunciation sounds similar to the word death.

HANDKERCHIEFS: they are usually given out at the end of a funeral, as a symbol of saying goodbye forever, so please avoid giving handkerchiefs as business gifts.

China presents great business opportunities for companies from around the world, but doing business in China is full of challenges and features many local specialties that you have to keep in your mind while doing business with them.

What is appropriate as a gift in Chinese culture?

In Chinese culture, symbolism is important, with colors and numbers having special meaning. When a gift is given, it should be offered with two hands. It is likely that your gift will not be opened in front of you as your hosts do not want to appear greedy or ungrateful. If possible wrap your gifts in red paper, which is considered as a lucky color. Pink, gold and silver are also acceptable colors. Gifts wrapped in yellow paper with black writing are given only to the dead. Remember, giving a gift it not always a bribe, most of the time it is a method for building and maintaining a strong and mutually beneficial relationship.