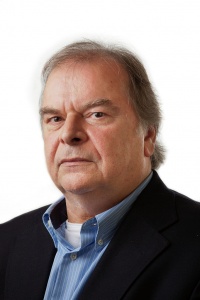 Geert Reuten was born on the 16th of April 1946 in Heerlen. He is a member of the Dutch Senate for the Socialist Party (SP). He also is guest lecturer in political economy at the University of Amsterdam.

Before his political career, he had various different part-time jobs. After that, he became a teacher in economy. Between 1969 and 1973 he worked part-time for the ABN AMRO Bank in Rotterdam, 'Scheepvaartvereniging Zuid', and the Dutch Chambre of Commerce. From 1973 to 1975 he was a teacher in political economy at the 'Katholieke Sociale Academie' in the Hague (Den Haag). Between 2002 and 2009 he was Master's program director for the economy study at the University of Amsterdam. From 1977 to 2011 he was a teacher and subsequently associate professor at the University of Amsterdam in different economy subjects.