Germany and the Importance of Cultural Diversity for Sustainable Development 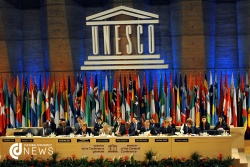 The report, submitted at the end of July, underlines the relevance of cultural diversity for sustainable development and the many activities organized by the Federal Government, Länder, municipalities and civil society, seeking to enhance cultural diversity in Germany.

The Convention on the Protection and Promotion of the Diversity of Cultural Expressions was adopted in 2005 by the UNESCO General Conference. This allows the States Parties to define their own cultural policy, submitting a country report regarding the application of the latter in their countries every four years. The Convention is particularly important in so far as it allows for the exchange of experiences and examples of the best practices in the various countries. It was ratified by Germany in 2007.

In fact, cultural diversity exists and it must be considered as a major value in our time. That is what German cities, such as Hannover, Heidelberg or Mannheim have done so far: they promoted their status of UNESCO City of Music and Literature in order to increase their development. Because culture does not mean only art or tradition. Culture is a combination of several elements which are able to contribute to the growth of a reality: Länder, for example, mixed up both cultural education and cultural tourism in order to boost their regional development.

This second report was submitted under the direction of the Federal Foreign Office and the guidance of the Federal Government Commissioner for Culture and Media, the Standing Conference of the Ministers of Education and Cultural Affairs of the Länder in the Federal Republic of Germany, as well as the expert assistance of the German Commission for UNESCO. As the Minister of State at the Federal Foreign Office, Maria Böhmer, stated “[the Convention] is a highly relevant instrument of international law [and] it is intended to make the political scope for fostering diversity and cultural policy, also at international level, fit for the future in the face of increasing trade liberalisation”.