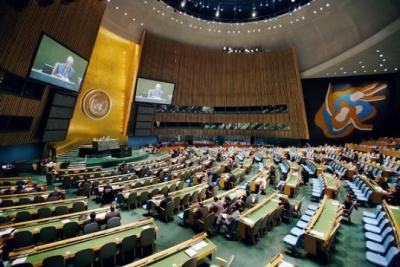 Whilst in Marrakesh as a Fulbright scholar in 2004, filmmaker Josh Asen was surprised to discover the sounds Eminem, 50 Cent, and other hip-hop mixed in with the traditional notes of tribal music. Asen had stumbled across 'fnaire', a local group specialising in laying complex beats over samples of traditional Arabic music, transcending cultural barriers with their tracks. Captivated by what he was witnessing, Asen abandoned his studies and immersed himself in this new music scene populated by 'fnaire' and other young North Africans. Talking to the local rap artists, Asen realised that their style of music faced fundamental misunderstanding and resistance. Powerful conservative elements in the country suppressed the musical movement, conflating any sign of hip hop with an aggressive, immoral and anti-Islam agenda. However, far from rapping about violence, guns, and cars, the young artists were conveying a positive message and using their hip hop as vehicle for change. As Asen explained of the message, "Hip-hop is part of the democratic process. It is the empowerment and the birth of the voice of the oppressed, of the underclass, this is the young people seizing a voice for themselves, in a way they haven't done since the seventies". With the help of Asen and the US Embassy, the young North African musicians secured funding for a major hip hop festival, drawing crowds of thousands and gaining international attention. Truly an act of international Cultural Diplomacy, the "I ♥ hip hop" festival project was the culmination of efforts from different counties and cultures working together to express themselves and provide a new voice to the peoples of North Africa. The cultural exchange not only provided a voice for the young generations of North Africa but also presented to the world a more modern and progressive vision of North Africa to the world, a vision free from demonized stereotypes of Islamic countries and the Arabic world.