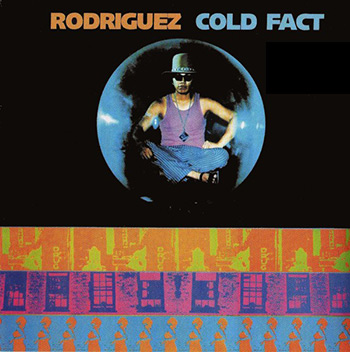 Rodriguez's music during the Anti-apartheid Movement in South Africa[edit]

In 1970, American singer/songwriter Sixto Rodriguez released his debut album 'Cold Fact' which failed to achieve notable success in the USA. However unbeknownst to him, the release of 'Cold Fact' in South Africa in 1971 prompted an extremely positive reception, gaining extensive airplay and selling thousands. Many people from South Africa cite Rodriguez's music as incredibly poignant in their struggle against Apartheid. Rodriguez's lyrics which rallied against corrupt governmental systems influenced South African musicians to release their own anti-apartheid songs, uniting the citizens of South Africa in their struggle. It wasn't until 1997 that Rodriguez became aware of his fame abroad, prompting him to go on tour in South Africa, playing six sell-out shows to thousands of fans. 'Cold Fact' became the soundtrack to the people's discontent with the system of racial segregation in South Africa. Rodriguez's music became integral to the struggle for unity and equality, contributing strongly to the cultural identity of South Africa. His music served to mitigate the conflict in South Africa and united the Anti-Apartheid Movement.