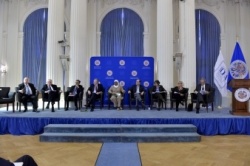 Held on the 12th of September, after running since 1978, the UN Day for South-South Cooperation called for solidarity between countries in the Southern Hemisphere to support the achievement of the post 2015 UN Sustainable Development goals. The goals are expected to be adopted by the UN between September 25th-27th of this year and Secretary General Ban Ki-moon made the statement urging the countries to collaborate.

The UN’s line holds strongly that developing countries have become major international players and that achievement of the UN Development Sustainable Goals, which cover economic, environmental, and social agendas, have become a major responsibility of developing countries. The UN cited key institutions already formed between countries within the Southern Hemisphere as indicators of major potential for financial development such as the New Development Bank, associated with Brazil, Russia, China, India, and South Africa. Developments such as these, the UN have stated, have coincided with deeper South-South trade, flows of foreign direct investment, and regional integration.

With strong South-South cooperation already underway the UN has stated that the south has a primary responsibility to carry these relations forward. The International Labour Organisation (ILO) Director General Guy Ryder said on the day that the success of this motion could better the lives of millions of men and women through the acquisition of decent work. Moreover the UN has stated that it would not be an isolated move but through solidarity of the economies of the South the scheme would help to complement its relationship with the North.

Thus with the UN emphasis on collaboration that should include political, economic, social, cultural, environmental, and technical domains, with an emphasis on progress on sustainable development, the rising developing economies within the Southern Hemisphere must take the lead in its region if the upcoming UN Sustainable Development Goals are to be a success.