The use of satellites helps exposing human rights violation 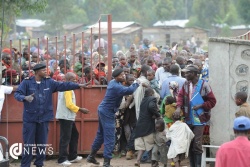 Nowadays, if we stop to think about the repercussion of technology, probably we think how it is becoming a massive weapon that can violate and invade our privacy.

But it sounds paradoxical, as this technology can be used for an entirely contrary purpose. It is very interesting to make special mention of the role of satellites to expose violations of human rights.

In the late 1990s, the market of satellites was privatized. Before, the satellites were reserved for the exclusive use by governments. It is only in the 21st century when the satellites started to be used in the human rights campaigning.

The beginning of private market of satellites has allowed that the Human Rights Organizations like Amnesty International, Human Rights Watch or Committee for Humans Rights in North Korea, among others, got the opportunity to expose the Human Rights abuses.

The incredible aspect of this technology is that it gives Human Rights Organizations, like Amnesty International a kind of access-all-areas pass. Places where it might be impossible to get to on the ground for safety reasons, or a country with limited access like North Korea, can be reached with satellite imagery, aerial imagery and drone footage.

Over the years, analysts have found visual evidence for escalating Boko Haram attacks in North-East Nigeria, North Korean labour camps, forced relocations in the Democratic Republic of Congo and have monitored the growing crisis in Darfur, Western Sudan.

Lately, Human Rights Organisations are building dedicated teams to monitor global injustices and conflict using this kind of tech. Amnesty has been particularly innovative in using satellites and drones – they’ve become a vital part of their human rights research and their success in getting their message out to a wider audience. The more evidence collected, the more compelling the case they put forward, and their work has had a global impact.

However, while the use of satellites has had a huge impact on the work of Human Rights Organisations, it is still limited as a research tool. In some cases the images might not be clear enough. For example, Democratic Republic of Congo is often very cloudy – and in many cases, the images just don’t exist. But these issues might change in the future. Christoph Koettl, emergency response manager at Amnesty International US says that there are interesting developments in this field: companies are starting to send smaller and cheaper satellites (micro satellites) into space. “They’re only the size of a shoe box, and the idea is instead of having two in space, why don’t we have 24 small ones, and have real-time monitoring of the earth.

“What that means for human rights monitoring is that instead of having a snapshot here and there, which is one of the biggest limitations, it moves in the direction of having more regular imaging of the earth so we can have much bigger archives and can do more detailed research.”