The Us' Jazz Ambassadors

The soul of a nation expressed through music 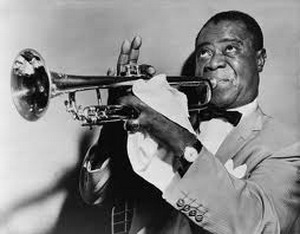 It was Adam Clayton Powell Jr., a US representative from Harlem, who first suggested that instead of sending symphonies and ballet groups abroad, the US should be sending jazz musicians. "This way" he said, "the world would get to see the real Americana. Jazz was a lively and inspiring homegrown art form capable of captivating the world and, as novelist Ralph Ellison described it, an artistic counterpart to the American political system. The soloist can play anything he wants as long as he stays within the tempo and the chord changes — just as, in a democracy, the individual can say or do whatever he wants as long as he obeys the law. The Jazz Ambassador toured for many weeks, featuring some of the US' greatest jazz musicians such as Dizzie Gillespie (1956), Louis Armstrong (1961) and Benny Goodman (1962). At a time when America's image was tarnished across the world, the heart and soul of the nation was translated into a rhythm the rest of the world could understand and appreciate. From the dusty streets of Cairo to the very heart of the Soviet Union, American Jazz Ambassadors would set out to prove that their nation was anything but culturally barbaric, as was often claimed in Soviet propaganda at the time.