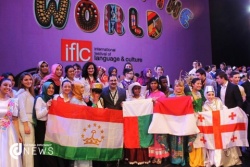 Every year, the IFLC takes place in many countries all around the world. Participants share the core of their own culture through traditional music, dances and singing. There’s no competition: it’s a showcase with the only purpose of exchanging backgrounds and showing through our differences how similar we are.

14 years ago, the initiative of the International Festival of Language and Culture had its first edition. It was a really small project then, since only 17 countries were participating. Last year, the number of participants was 8 times more: 145 countries in all joined the initiative. The structure of the event is polycentric in the sense that there’s not only one city or country hosting the annual meeting, but every country can organise its own festival and invite as many foreign young representatives as possible.

Just to give an example, 17 countries took part in the last Brazilian edition, whereas young Brazilian singers and dancers participated in the Festivals set up in the USA, Australia, Russia, Mozambique, South Africa and India. Regarding Germany, the last edition was in 2015. The city of Dortmund hosted the Festival at the Westfalenhalle - which the city is known for - since it’s where the Borussia football team is based.

The slogan of that edition was “Colors of the World”, which expresses the vitality of people from completely different cultures meeting together and exchanging their view of the world. Thus each edition basically answers the question which is the basis for the entire initiative, and that makes sense of all the efforts in pursuing this project: “All tales have happy endings. Why shouldn’t the real world?”